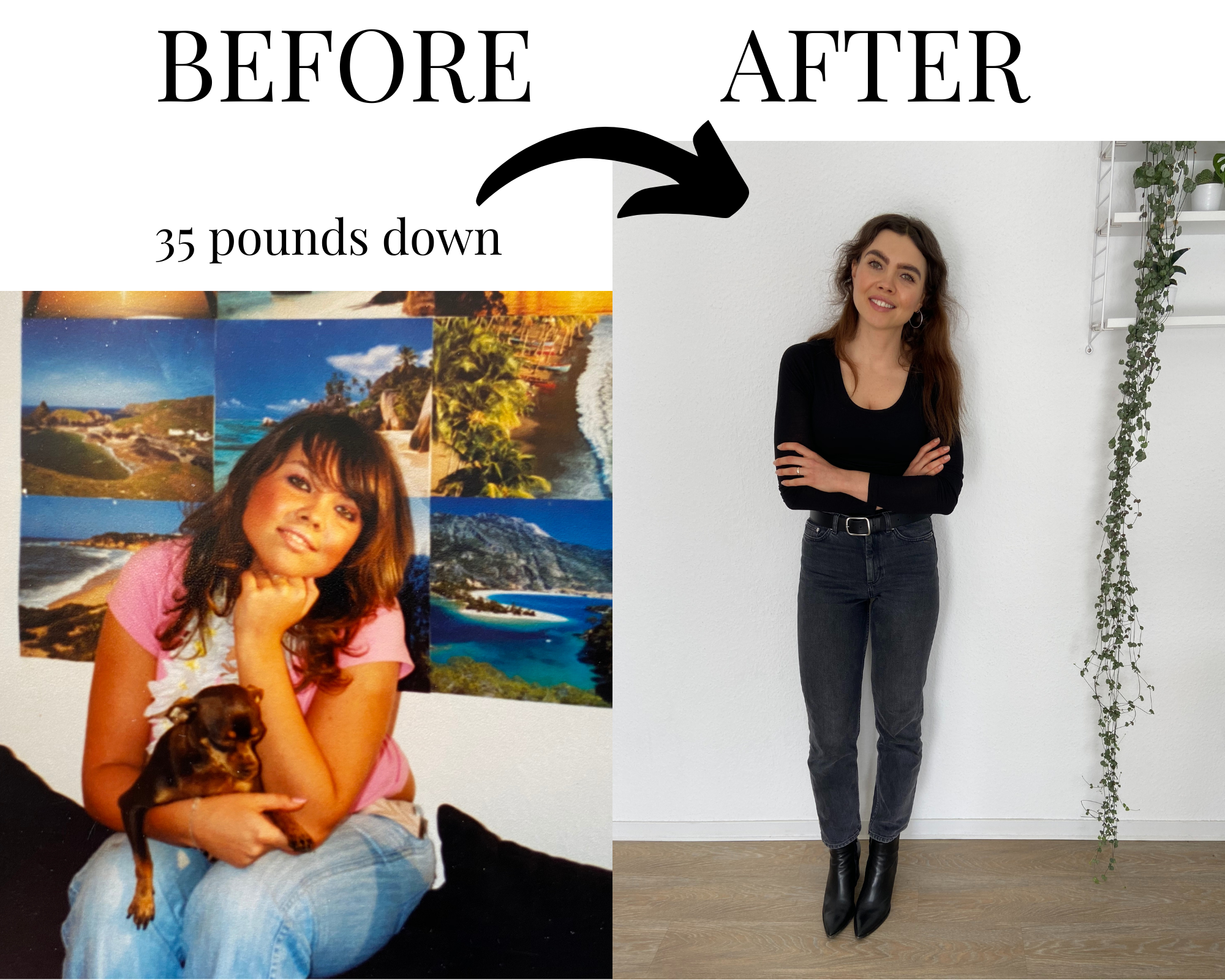 Eating healthy and being slender isn’t as easy as everybody says. You are following a plant-based diet, but still aren’t able to lose the weight you want? As a former chronic dieter, I’m familiar with this. Dieting and binging were part of my life for 13 years.

In the before picture, I was half as old as I’m now (never ask a woman how old she is or even worse, how much she weighs ^^) and 35 pounds heavier. The cycle of restriction, over-exercising, and binging was continued by a misguided caloric deprivation and as a result, I consistently gained weight.

I started to see results in weight loss when I adopted a whole natural plant-based diet, in combination with the principles of the calorie density. At the same time, I lowered my expectations of eating a „perfect“ diet.

You have two extremes: the ones that are following a SAD-diet (standard American Diet) and the ones that are trying to eat a perfect whole natural plant-based diet. I see many people failing in the second group (group one is easy to follow 😉 ) – because they set the bar too high. This is SAD as well.

Plus, your personality places a huge role in how diligent you follow a healthy diet. Coming from an obese and sick family background, I was interested in health from a young age. My mother even gave me the title „Health Apostle“.

It was a long health journey, but now I feel better than in my teens while enjoying my food. I eat more than ever, exercise less and have no binges anymore.

I earned my B.Sc. in Business in Cologne, Germany. My health journey ultimately led me to the psychologist Dr. Doug Lisle, with whom I studied his revolutionary new approach to motivation and well-being called „Esteem dynamics“ as well as the counseling process.

Our weight is 70% heritable, but with the right diet you can get to a healthy weight, still enjoy your food and go out with friends.

If you’re stuck in your weight loss journey, or you are inconsistent with your diet or having problems with binge-eating, you might need to make some individual adjustments.

I do coaching by Skype or Zoom  – so we can talk no matter where you are – in English or German.